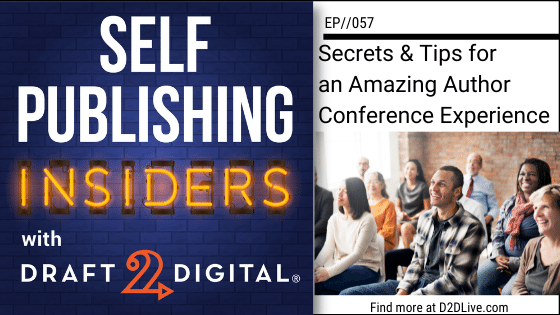 Author conferences are a great place for you to meet up and connect with authors and industry influencers who can help you and inspire you in your writing career. In this episode of Self Publishing Insiders, our resident author conference experts share some of their tips for making your conference experience a success.

Author conferences can be a springboard for leveling up your author career. Meet other authors and learn from them, find people to collaborate with, discover helpful and useful services, and meet-n-greet with movers and shakers in the industry! In this episode of Self Publishing Insiders we’re talking about the secrets and tips we’ve learned from years of attending author conferences. Don’t miss it!