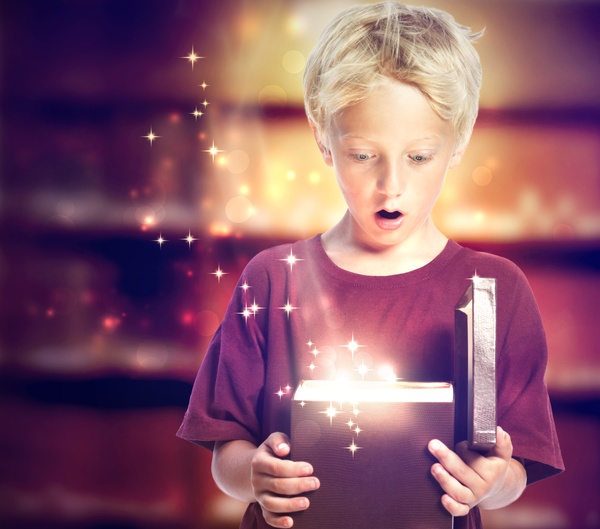 There are a lot of tools in the publishing tool belt, and each has its own unique purpose and strength. Few, though, have more sway over a would-be reader than the book description.

You may call it a ‘blurb’ or ‘back cover copy’ or ‘all that text I have to paste into my book page.’ Whatever your name for it, you can’t afford to ignore it. After your cover, the product description of your book is the first experience the reader has with you as an author. So getting it right is the proverbial ‘big deal.’

This post is aimed specifically at book descriptions for fiction, and we’ll post something for non-fiction authors later. Until then, read on—you’ll find that the general idea is going to be the same regardless, and some of the tips here can help you with a non-fiction description as well.

Let’s take a look at a few tips for creating a book description that does all the work of selling your book for you.

TAKE THE READER ON A JOURNEY

The structure of this is going to be pretty simple.

Now that we have the framework, let’s fill in the gaps a bit.

SET UP THE HOOK

Just like good fiction, these things start best with action. And bonus points if you can make that action intriguing. For example:

“Dan Kotler just wanted a cup of coffee, but he never expected to find the key to a lost city served up with his latte.”

An intriguing hook is basically just a WTF moment—something that makes the reader’s pulse quicken a tiny bit, and makes them want to read more just to find out what’s really going on.

“Judith was fine with crocheting and needlepoint, but her real hobby was murder.”

Tell me you don’t want to know a heck of a lot more about Judith! I wrote that line purely as an example, and I still want to read that book.

And that’s the idea. Your opening line needs to be a nice, sharp hook that catches the reader so you can reel them in. Nothing does that better than defying expectations.

In the examples above, we defy reader expectations by introducing something common and unimposing, and then turning it on its ear. Dan Kotler gets a lost city along with his latte. Judith goes from a kindly crocheting matron to a knife-wielding serial killer. No one saw that coming.

THE HERO WE DESERVE

Introduce the protagonist by the problem they’re dealing with. In life, we shouldn’t judge someone’s character by the problems they face, but here it’s an essential shortcut to getting the reader to empathize and relate to your protagonist. So use that shortcut to further the story and keep down a lot of unnecessary exposition.

When a beautiful neighbor turns to him for help in solving an ancient riddle, Dan Kotler does what he always does—he finds himself in more trouble than he was expecting. Now, with a sadistic treasure hunter and mercenaries on his heels, Kotler is chasing leads in a mystery older than recorded history.

We don’t need to know any more about Dan Kotler than that. In one paragraph we learn that he’s someone people would turn to for help in finding something ancient and lost, that he has a penchant for beautiful women, and that he’s not so popular with bad guys who employ mercenaries. We also learn a little about both the Antagonist and the MacGuffin, but we’ll get to those in a second.

In a sort of mirror image of the protagonist, introduce your antagonist by their objectives and schemes. We don’t need to know that your bad girl or guy went to Oxford but flunked out because they tried to start an on campus prostitution ring, unless that happens to be the plot of the book. What we do need is information about what drives the antagonist, so that we know who and what to root for. We need to know what the antagonist wants, and why it would be really bad for him to get it.

Aslan has his sights on Atlantis, and he’s willing to eliminate anyone who stands in his way. With the treasures of this lost civilization under his control, Aslan can change the course of world history, and reshape it to his own purposes.

Here we learn that Aslan is after Atlantis and all of its treasures, and that world domination is a possible motive. Rather than state it out loud, we imply that this would be bad for everyone, but it amounts to the same thing. Aslan can’t be allowed to get his hands on Atlantis.

HERE’S WHERE IT ALL GOES WRONG

We did this just a bit in the example above, but to make the point really clear: Tell the reader the stakes and consequences, if the antagonist succeeds:

Unless Aslan is stopped, thousands and possibly millions will die.

Whoever wins this contest of wits and wills will hold the fate of thousands in his hands, and will also lay claim to the fabled city of gold.

It’s fine to blend this in with the description of the antagonist—in fact, that’s often the easiest way to handle it. But you definitely want the reader to know the consequences of your story. They need to know what happens to the protagonist—the relatable character they’ll be following—if he or she drops the ball and doesn’t stop the bad guy. They need to know the dangers they face, while living in this world you’ve created.

“YOU’RE THAT GUY FROM THAT THING”

People are funny creatures: We’re always looking for shortcuts. And this holds true when it comes to making decisions (any decision), including “Should I buy this book?”

One way we shortcut this is to look around and see if anyone else is doing what we’re thinking of doing. This is the biggest reason why Amazon reviews are such a big deal for authors. Readers want to know that someone else approves this book, thinks it’s worth reading, and recommends it.

The trouble is, most books don’t start with reviews (they can … but we’ll get to that in another post). So how do we assure our would-be reader that they’ll be getting a fine bit of entertainment for their money?

I like to include quotes. It works best if you have a kind comment from someone of note, that others might recognize. But it can be just as good to use a reader quote.

“Kevin Tumlinson does thrillers right—lots of action, lots of intrigue, and lots of hours of sleep lost while scrambling to see what happens next.”

You can put this little blurb (that’s what this is, by the way … the real definition of a ‘book blurb’) just about anywhere in the description, but you should tag it as a header or otherwise call it out with special formatting.

I like to use the H2 tag, because it makes the text big and bold, and noticeable. And I particularly like putting this blurb at the very top of the book description—because it can serve as a hook (see above) for getting the reader to keep reading.

You can also use these quotes to break up an otherwise lengthy description that’s just one big block of gray text. Put them in after key parts of your description—such as between the Protagonist and Antagonist sections—to create visual interest on the page, and to keep the reader from reacting with TLDR (too long, didn’t read).

For an idea of what I mean, take a look at this post. The sub-heads help break up the big blocks of text, so that you can read the whole thing in ‘chunks.’ You’re welcome, amazing author-reader.

The point here: Layout plays a bigger role in this kind of copywriting than people think, so the more attractive and easy to read that you can make these things, the better. Break up large blocks of copy with headers, quotes, italicized excerpts, or bolded key talking points (for non-fiction, mostly). It helps keep the reader moving all the way to the end, where you’ll make your pitch.

CALLING ALL BRAVE AND VALIANT SOULS

When ancient rulers needed to raise armies from among their subjects, they would issue a call to arms. Sometimes this took the form of proclamations read and posted in towns and hamlets within the kingdom, to which loyal countrymen would respond and heed the call. Sometimes they involved armed men raiding the above-mentioned towns and hamlets, clubbing prospects in the head, and enlisting them by force.

We’re going to lean more toward the former.

Your book description needs to include a call to action (CTA). This is a brief statement that literally tells the reader what to do next. Observe:

Scroll up to buy this book and start reading today!

Easy. Simple. Pointed. Instructional. The CTA doesn’t have to be elaborate or fancy in any way. In fact, it should typically be the simplest writing on the entire page. Your goal is to be literal here, and tell the reader exactly what your expectations are, and how to meet them.

People forget this all the time, but you have to remember that you’re writing marketing material, not a short story. And you always have to ask for what you want.

You can do this in a lot of ways, but one really effective method is to start with questions:

Will Kotler solve the mystery of the Coelho Medallion in time to save his friends? Will Anwar claim victory, and the lives of thousands? Scroll up to pick up your copy of Kevin Tumlinson’s latest thriller, ‘The Coelho Medallion,’ right now

The questions create what’s known as ‘open loops.’ And we humans hate an open loop. We’ll do practically anything to close them! Including, thankfully, buying an author’s work.

The only real requirement is that these open loops have to actually trigger an emotional response in the reader. And if you’ve done the rest of the description well, then you’ll have that requirement nailed by default.

A FEW QUESTIONS TO HELP GET YOU STARTED

I’ve written a lot of book descriptions, for myself and for others, and so over time I’ve developed a series of what I call ‘onboarding questions.’ I send this list to anyone I’m working with for book description, and use the answers to inform everything we discussed above. Feel free to copy and paste these into a document (I keep them in Evernote), and use them as prompts every time you write your own book descriptions.

A good start, and not the finish line

What we have here is a good starting place for book descriptions that really help to sell your work. And of course, this isn’t the only way. There are several books about this very topic, outlining some specific ‘rules of thumb’ and tips about making these descriptions really work for you. The best approach is to use the method that A) works best for you and feels more natural but B) (more important) actually accomplishes your goal for a book description.

And that goal, of course, is to entice readers to buy your book. If your description reads as art, if it wins its own Hugo award, if it garners you accolades and kudos from all of your childhood heroes, but it doesn’t actually sell your book? You have a problem. Rethink. Rewrite. Start again.

Keep that goal in mind as you try this, and remember that the beauty of living in the digital age is that you can make changes as you need to. Try a book description for a while, and if it doesn’t work try another one. You never lose points for improving on past work.