Choosing a Title that Hooks Your Reader 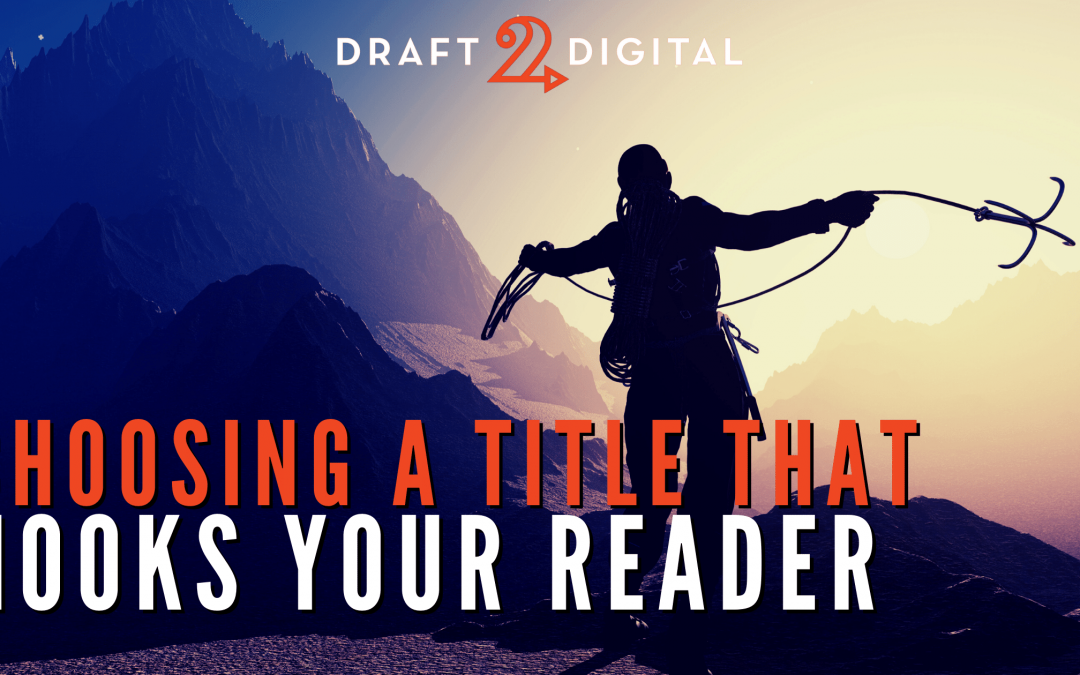 Choosing a title is an art. It’s a bit like being able to write poetry, or to paint as an impressionist.

A good title is also a paradox. You’re aiming to convey something a bit esoteric and ineffable with your title, and yet it needs to give your potential reader a very strong sense of what the book is actually about, and the experience they’ll have in reading it.

Some titles practically write themselves. Consider The Da Vinci Code, which is both an intriguing title and one that is obvious, if you’re the writer (and once you’ve read the book). The story is about a secret code hidden within the works of Leonardo. Doesn’t get much plainer than that.

Or The Hunger Games. This one is fun because it does have the esoteric quality that makes it intriguing—the reader does not immediately know what a “hunger game” is, so it sparks some curiosity. And curiosity is the author’s best friend when it comes to marketing books. But the author, having written the book, knows exactly what a hunger game is, and she’s realized that the phrase is the best choice for her title because while it feels esoteric, it’s actually succinctly practical.

But look at what happens over the next two books in that series. Now that the author has established the what/when/where of a “hunger game,” the titles that follow becomes even more esoteric: Titles such as Catching Fire and Mockingjay will only make sense in the context of the first book. They’re just as intriguing as The Hunger Games, but less obvious in their connection to their respective stories. Less practical, in other words. But that intrigue, along with the brand recognition of these being “Hunger Games Novels,” is enough to hook the reader.

Then there are books that just start from the beginning with a title that doesn’t make much sense. Titles like Hidden Figures or The Catcher in the Rye or (ahem) The Sleeper’s War are only going to make sense once we’ve not only read the book but thought about the title in context. They work as titles, though, because they are, again, intriguing. They’re like a little mystery the reader gets to solve. They cause a question to arise in the mind of the reader, something along the lines of “What the heck is that?” And that question, maybe along with a good cover and a well-written book description, will often be enough to get the reader to buy and to read.

So how do you come up with an intriguing, impractical, esoteric title?

One method is to start with determining what the metaphor of your novel might be.

For example, Hidden Figures has a nice double meaning that makes for a great metaphor—it’s referencing the hidden role mathematics plays in science and engineering, but it’s also referencing the unsung heroes at the heart of the story—the brilliant black women who were an integral part of making the space program successful, but got no credit because race and their sex. The metaphor of mathematics being the hidden and unseen foundation of science and engineering pairs perfectly with the idea that these women were doing work that should be praised, not swept under the rug because of bias and bigotry.

Both of these take some practice, and I recommend examining the titles of bestsellers and books that are popular with your target readers, and working backwards to figure out how the author arrived at that title. It’s a study worth the time. Make notes, speculate, and practice. Eventually, like learning to write poetry or learning how to paint an abstract painting, you’ll master the skill.