Capture Readers with the Right Question 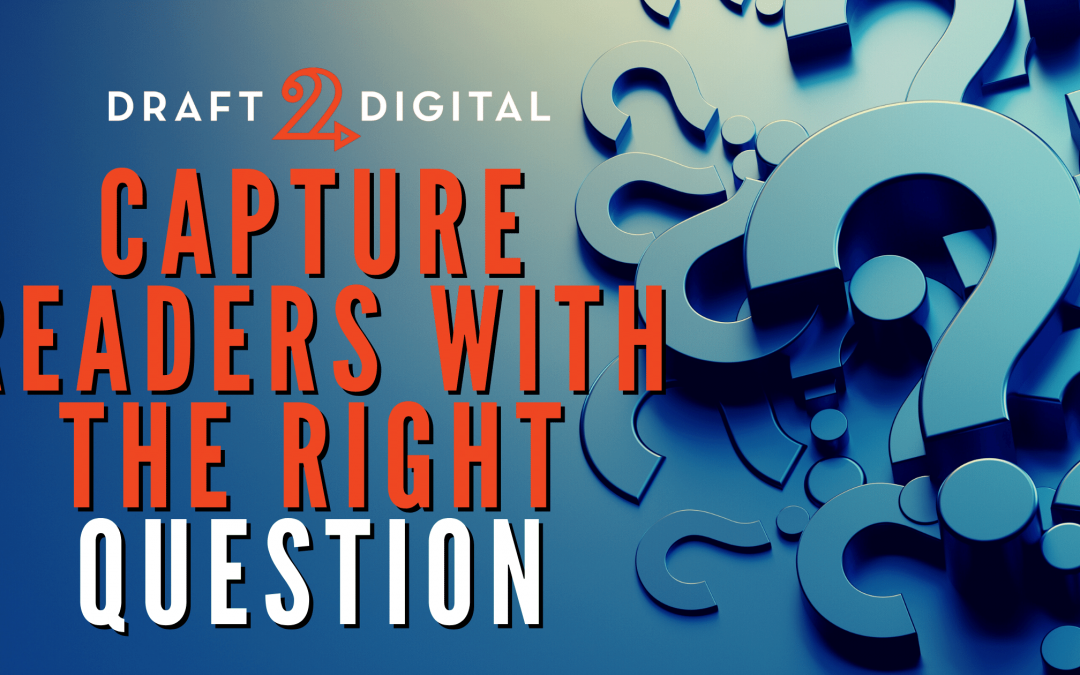 In a recent post on my personal blog, I wrote about the idea that all novels revolve around a central question (I also wrote about the Newport Viking Tower, which you can almost bet is going to be featured in more of my future novels… just sayin’).

In this post, I want to expand on that idea a bit, so that you can put it to work in your own writing.

And don’t worry—this isn’t just for fiction. Non-fiction books also have a question at their heart. And knowing that question helps you shape both the story and the reader experience.

So in my personal post, I wrote about a recent side trip my wife and I took to Newport, Rhode Island, and a stop we made to see the “Viking Tower” (or some prefer “The Newport Tower”). This is a stone structure near the shore that has gained a lot of attention over the centuries. Mostly because no one knows where it came from. No one knows who built it, when it was built, or what purpose it served. There’s speculation galore, with people citing everything from vikings to the ancient Chinese sailors to the Templars having a hand in it. But even with core samples and carbon dating and decades of investigation and speculation, no one can say with any certainty that, “This thing is a windmill,” or “this thing was a Viking watchtower.” It’s a mystery.

And that mystery is exactly why the tower makes good inspiration for a story.

The heart of every story comes down to the question

And actually, when it comes to something like this, there are way more questions than answers. “Where did it come from? Who built it? What was it for? How old is it? Was it really built by Vikings/Chinese/Templars/Phoenicians/Aliens?”

With so many questions floating around, a novelist or historian could take their pick, making any one of those the jump-off point of their book. And exploring the potential of each question will give them a direction for the story they tell. Also, it was totally aliens.

So the reason this is important is because the QUESTION is the thing that will draw in the reader. Having the right question in mind, right from the beginning, will inform your story in ways you may not even realize, but which will give your tale that “ineffable” quality that compels readers to keep reading, to finish, to love the book, and to give it glowing reviews and recommendations to friends.

Here’s the short version: Readers buy and read books because they want to know the answer to the question posed by the book.

So attracting those readers in the first place means asking a question that gets them excited enough to plow through hundreds of pages to get the answer.

In the case of non-fiction, the questions tend to be explicit (if not directly stated). “How To Create a T-Shirt Business” has its core question built right into the title. “The History of the Peloponnesian War” has, at its heart, the question, “Who were the Peloponnesians, and what was the significance of the war named for them?”

In fiction, a book like “The Hunt for Red October” asks, “What happens if a submarine commander goes rogue?” while a book like “Harry Potter” poses, “What if magic was real and an ordinary boy turned out to not only be a wizard, but the most famous wizard in the world?”

There are really multiple intriguing questions at the heart of both of these titles, but these two intrigued me.

You might call these questions the “premise” of your book, and you’d be right. Mostly. They really are the point of the book, when it comes down to it. But they’re also something else: They’re bait.

It is worth your time, in other words, to consider the right question.

Go beyond the premise of your story (or non-fiction exploration), and consider this: “What question can I place at the heart of my book that readers will demand be answered?”

Knowing your deep, core, intriguing questions at the beginning will let you shape the entire book in subtle ways.

Imagine if the core question of “The Da Vinci Code” had been, “What happens if a history professor is accused of murder?”

Boring. Very few people would want to read that. It’s just too mundane. You could read just about any murder mystery to explore why someone was accused of murder, so why choose this book in particular?

But consider how you feel about the following: “What secrets are hidden in the works of Leonardo that might lead to someone’s murder in present day?”

Now that’s a story! And one that readers clamor to have answered. Because it invokes mystery. It’s uncommon, beyond mundane. It’s a story that only the author can answer, because only the author knows. And it’s a story that has at its heart a mystery even deeper than the murder—the works of an enigmatic genius who lived hundreds of years ago. Intriguing stuff, for sure.

That’s the kind of question you’re looking to ask with your book. And giving your readers a satisfactory answer to that question will get you good reviews, more sell-through to other books, and readers who are fans for life.