Introduction to the Costs of Self-Publishing 101 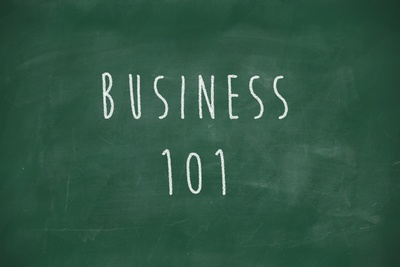 Anytime I see a post titled “the costs of self-publishing,” I immediately get suspicious. So often, these posts are punditry making spurious claims and connecting disparate dots of information to “prove” that self-publishing is still somehow a terrible money-making idea and traditional publishing is the only way to make a living as a fiction writer. This series will most definitely not be that.

The other reason it’s not going to be that is because nobody Googling “the costs of self-publishing” is looking for rhetoric-filled punditry! Call me crazy, but I feel like they probably want to know what it’s actually going to cost them to self-publish a book. And since they’re bothering with research, I’m going to assume that there’s an unspoken “how to do it well” mixed in there also.

Beginners Beginning at the Beginning

If you look at the title, you’ll notice that it’s The Costs of Self-Publishing 101. That’s not meant as a slam on anyone who’s just getting started in this self-publishing game. It’s to make it clear that this series of posts is for the beginner. We’ll almost certainly do another series later that’s for the more advanced indie author. But for now, we’re going to lay down a firm foundation so that we can build on it later.

I’m expecting this to create some discussion and dialogue in the comments. I figure some of that will be from people who have follow-up questions to some of this advice and some of it will be from more established authors who take issue with the advice. I think that’s great!

Mostly what I hope to do is give burgeoning indie pub authors a few solid rules of thumb about what each step of their publishing journey costs so they can make informed cost-benefit analyses.

The Budget: Don’t Fudge It

First – and this is a thing worth keeping in mind for the whole of this series – you have to figure out how you’re going to budget. Are you going to designate a lump sum to cover the entire publishing project? Or will you start out thinking of each part of the publishing process as its own budget?

Here’s what I mean: If you want to budget the publishing project as a whole, let’s say you want to publish the book for one thousand dollars. That means once you’ve paid for the cover, editing, marketing, and maybe even your tax planning, the total comes to $1,000 or less.

However you decide to do it is fine, but once you decide, stick to your guns. “Don’t fudge the budget” is Small Business 101, which means it’s Serious Self-Publishing 101 too. And if you can’t decide which way to do it and would like my input, I’d suggest budgeting the project as a whole. Because you’re going to find out some part of your publishing process will be way more expensive than you thought, and then you can start looking at ways to cut corners in some other area to make up the difference.

Over the next few weeks, I’m going to look at what it will likely cost you to:

I’m going to make some assumptions as I go along, but I’ll spell them out in each post. If those assumptions don’t apply to you, I promise there’ll be follow-up posts. Just shout out your individual issues in the comments and we’ll work our way through them.

I want these posts to be a resource for anybody who ever felt they had a novel in them, wrote one, and then had no idea what to do with it next. Once upon a time, I was that guy and I wanted more than smug punditry. I wanted good advice that owned its biases. I’m going to try and give that to you all now. See you next week and we’ll chat about cover art.