Imagine literary genres like a massive rainbow with each genre branching out into a lush color of its own, each with its set target audience. For too many years the novel section had been divided in: Science Fiction, Romance, Thriller, Mystery, Fantasy, Horror, Erotica and so on. But can we mix genres and double, maybe even triple our readership? Can we even market our cross-genre novels properly afterwards?

Yes we can! And today we’ll be looking into achieving that successful blend gracefully and since we’re at it I’m also going to give you some insight about growing trends and preferences.

Cross-genre novels are simply a sign of the times, a creative revolution that cannot be kept inside a box a second longer, and especially thanks to the self-publishing industry, there’s a new world of brave writers out there just waiting to be discovered.

They take chances, break boundaries and blur the conventional lines that the traditional publishing industry had set in stone for so many years. And their readers are exactly the same.

This is just another trademark of evolution, another industry entering the makeover stage that both Millennials and Generation Z have inflicted upon brands of each and every kind.

And like with every other industry, the transformation is imminent.

Much like an alchemist, a writer is used to playing with words to strike that special chord but beware, just like mixing one too many colors on your canvas, one too many genres crammed in the same novel will result in a brown wish-wash that is very likely to attract unwanted criticism. Either that or you might be way, way ahead of your literary time.

I’ll bet my left eyebrow Lewis Carroll didn’t concern himself with the technicalities behind Alice in Wonderland when he wrote it. And I’ll bet my right eyebrow he didn’t have a clue his work was possibly deemed as the first in the Literary Nonsense genre. It was only toward the end of the 20th century when critics started taking this genre seriously.

Naturally, we’re not Lewis Carroll. We have to approach the industry of our time, the readers of our time and make our own nook in the #writingcommunity dealing with current demands in the writing industry of 2019.

What Is The Difference Between Cross-Genre And Subgenre?

Imagine going to your local supermarket and picking up an apple. Ahh, but if that apple also happens to be the Granny Smith variety? That’s how main genres and subgenres work as well.

And the list may go on. Returning to your local supermarket, if instead of an apple, adventurous you goes for a Pluot (a genetic mix between a Plum and an Apricot) then you’ve picked yourself a delicious hybrid. 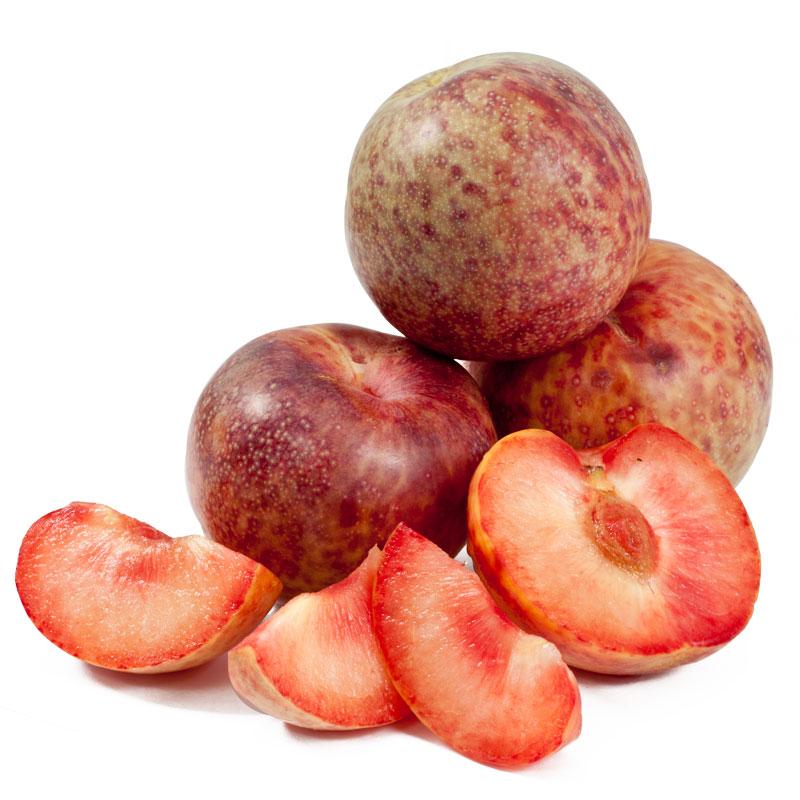 Cross-genre novels are exactly that: deliciously intriguing hybrids branching out from previous literary limitations. And they’ve been around for quite a while, sometimes nestled in the closest literary category and subcategory.

Although blending literary genres is not a new affair, for a novel to be a perfect cross-genre, it’s mostly a question of proportion. When creating a perfume, you add the base notes (long-lasting), heart notes (mid-lasting) and top notes (initial impression). Imagine the base notes as the core of your story, your main genre.

If the base of your novel has the best of both worlds and you can’t decide whether it’s more a Mystery novel than a Thriller, you may have achieved your very own Mystery Thriller.

That’s how it works. Of course your Mystery Thriller can have a developing romance or a dash of forensic involvement, but that doesn’t automatically turn your novel into a Mystery Romance Forensic Thriller.

Defining the main genre of your novel has everything to do with proportion. A sprinkle of romance doesn’t translate in a literary mutation toward the Romance genre. You can have plenty of nuances or elements from other genres without overshadowing your base.

When in doubt, trust your beta-readers and make sure you ask them plenty of genre-related questions before moving your manuscript on to your editor.

Now merely represented as a subgenre in most libraries and on most publishing platforms, it is my firm belief that in a few years Science Fantasy will have its own genre in the literary world.

If your novel has a strong base of both Science Fiction and Fantasy, use this to your advantage to market both fields accordingly and appeal to readers of both genres.

From motion picture to the writing industry, Science Fantasy is ever present. Think Star Wars and the novel A Wrinkle in Time by Madeleine L’Engle (published in 1963 no less), Marisa Meyer’s Cinder (a retelling of Cinderella featuring a cyborg).

“Distinguishing between science fiction and fantasy, Rod Serling claimed that the former was ‘the improbable made possible” while the latter was “the impossible made probable’.”

Science Fantasy as a literary cross-genre is on the rise and statistics show a growing preference for this genre among readers in 2019.

If you don’t know who’s the author of the mischief in the novel you’re currently reading, yet there’s enough suspense to keep you on your toes in a graceful balance of apprehension, anticipation and downright anxiety, you might hold a Mystery Thriller in your hands.

The broader definition is of course a lot more complex, but my aim here is to simplify things as much as possible.

Mystery is all about the brainpower, trying to solve the puzzle as a goal (who performed the mischief). In your typical Thriller, we usually know the author but not the motive, so digging for the why sets the premise of a fast paced novel sprinkled with tension.

Double the stakes, double the fun! And this cross-genre is on the rise among readers in 2019 as well.

According to Wikipedia, Magical Realism is “a style of fiction that paints a realistic view of the modern world while also adding magical elements […] with magic or the supernatural presented in an otherwise real-world or mundane setting.”

But isn’t that just another to say Fantasy?

Really, it’s just another branch. As far as my research goes, if it happens in the real world, with supernatural elements integrated as a routine, it’s Magical Realism (with resounding literary voices both for and against it).

Fantasy – magic sprinkled as a surprise factor to a world that we are familiar with.

Magical Realism – magic embedded in the story and accepted as an everyday fact (the sky is blue, the water is liquid, magic is real in this world). In the past, it was written to make political statements.

A close subcategory of Magical Realism can (sometimes) be Urban Fantasy.

Gabriel García Márquez wrote One Hundred Years of Solitude, a perfect example of the genre. When reading a work of Magical Realism, the reader must shed ties to the conventional, immersing themselves in an intense journey where magic emerges as an everyday accepted reality.

“If you can explain it, then it’s not magical realism” confirms Mexican critic Luis Leal.

Literary genres are often tricky, fickle beasts, yet considering the volume of Magical Realism novels, this genre should have its own category instead of being simply described as a “style of fiction”.

We usually find Science Fiction as a subgenre of Romance, or Space Opera in Sci-Fi when in fact, the amount of novels with a strong base in both Sci-Fi and Romance should dictate the existence of a genre in itself. If the focus is as much on the Science side of things as it is on the Romance, there should be no doubt.

If you watched the San Junipero episode of Black Mirror on Netflix, you probably know the story of Yorkie and Kelly, two elderly women who happen to fall in love once their consciousnesses have been uploaded to project San Junipero – a virtual town set in the ‘80s where their younger selves meet.

Since in real life, Yorkie is dying and her conscious self will be permanently uploaded to San Junipero, despite her initial resistance, Kelly decides to join her in the simulated reality and live an eternal honeymoon. Her body though, remained buried next to her former husband and daughter.

The episode touches several delicate issues with the same intensity: the use of technology as a vessel for consciousness immortality as well as developing and maintaining a relationship in a virtual reality.

From symbiotic relationships to surreal technological development and societies high up on the Kardashev scale, this category appears to be on the rise. Until we get a proper genre, we’ll have to settle for close subgenres.

Getting To Know Your Readership

Identifying your target audience (age & interests) is key to market your book to the right crowd. MG, YA, NA or Adult, profiling your readers is the first step in doing it right.

For me personally, there are two kind of readers in the world (and yes, you can be both):

Most certainly. Cross-genre novels have been around for quite some time and while the closest denominator remains the ever-transmogrifying subgenre, that shouldn’t refrain you from pitching it in your favor.

Luckily, all publishing platforms offer the possibility of choosing multiple categories when publishing your novel, so that comes in handy.

Knowing where your novel fits in is the first step in promoting it properly by joining the compatible groups on Goodreads, organizing giveaways and ultimately running a paid promotion targeting your readers according to their preferences.

Until your perfect category springs up on the publishing platform of your choice, focus on profiling. And yes, sometimes you’ll feel like a misfit and doubt yourself endlessly, but without breaking these boundaries there will be no evolution. It’s finally up to you, the writer to be a pioneer in this ever-evolving field.

Esther Rabbit is a writer, a content creator for authors and a massive nerd. If you’re curious to know all the tips & tricks surrounding the process From Writing To Publishing Your Novel, you’re only a click away. For more goodies, articles and giveaways, please consider subscribing to her Newsletter.