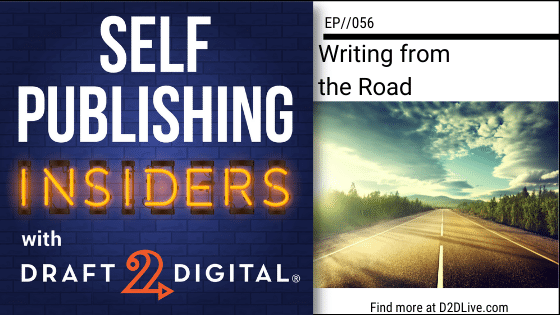 If there’s one thing the resident authors at D2D know, it’s how to write from the road. Whether it’s attending author conferences all over the globe, or van-lifing across the United States, our team has had to adapt to writing from planes, trains, automobiles, and the occasional line at Disney World. In this episode, we talk about ways to get the writing done, even when you’re not in that chic she-shed in the backyard.

Whether you’re traveling for work or pleasure, there’s really no need to skip out on your writing time. And though it can be a challenge to stay on a routine, it can be done! In this episode of Self Publishing Insiders with Draft2Digital, some of D2D’s seasoned travelers share their tips and tricks for keeping up the word count from wherever you are!