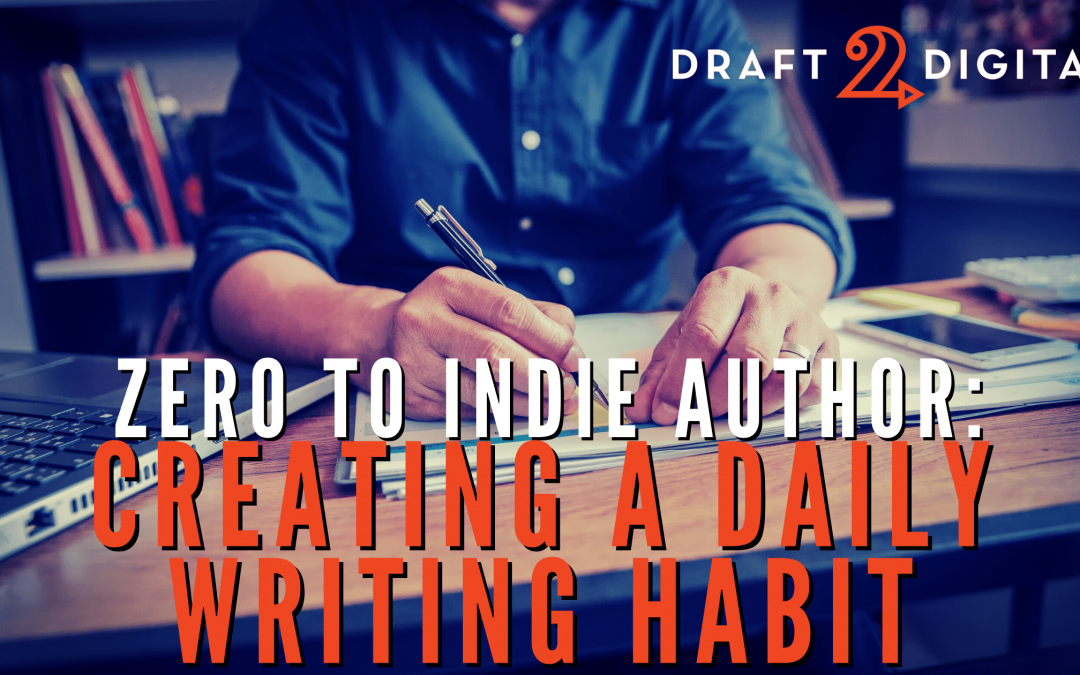 Stop me if this sounds familiar. You wake up one day and realize that, although you still think of yourself as a writer, you aren’t actually doing much writing to speak of.

Sure, you might get in a groove for a few days or even weeks. But ultimately, life gets in the way and you lose it again. That half-finished manuscript just sits there in a rarely-opened file on your laptop, the “last edited” date making a mockery of your self-discipline.

Maybe I’m just projecting here because this was most definitely the kind of “writer” I was for many years. The kind with a full-time office job utterly unrelated to writing and who hardly ever wrote a word.

When I set out to kick off the Zero to Indie Author series strong by writing for 31 days without fail (every day in July), I quickly realized that old habits die hard.

We all know that perfectionism and procrastination are the enemies of creativity. But even with a public declaration to keep me accountable, I struggled to show up every day. As it turns out, writing really is hard—at least, when you’re trying to finish something.

But with a bit of help from the experts on the Draft2Digital blog, I got into a good rhythm. I finished the month with 27 writing days and 15,000 words under my belt. A pretty good start for someone who hasn’t finished so much as a short story in years.

Here’s how I went from zero to a (nearly) daily writing habit, and from a dedicated pantser to a plotter-in-training.

How to create a daily writing habit from thin air

I won’t bury the lead on this one. The secret to creating a daily writing habit is this: you start writing daily.

I joke, but only a little. There are some helpful pointers that I’ll dig into below, but the key takeaway is just that. Turns out, no one is going to show up and give you permission, force you to sit down and write, or offer you a lucrative contract if you’ll only write that novel you’ve been dreaming up.

At a certain point, there’s nothing for it but to start writing every day and see what happens.

For me, the process of establishing a daily writing habit looked a lot like establishing any other new habit. I start strong, excited for the first handful of days and bolstered by the feeling that I’m really doing it. I get overly cocky about small early successes, like surpassing a target word count. Then I crash and burn with zeroes on a couple of days, and spend the rest of the month berating myself for not doing better.

My writing pattern looked something like this for the first couple of weeks:

Thursday: 750 words—”I can’t imagine ever getting tired, I’m on such a roll.”

I needed some help establishing a healthy routine, so I scoured the D2D blog for expert advice. I didn’t have to look far—Kevin Tumlinson shares some fantastic tips in his post on how to finish writing your book. (Of course, I needed help just starting mine, but they worked all the same.)

Here are the tips I found most helpful:

Reading back through my work made one thing clear: I wrote a lot of garbage this month. But I also wrote a lot. And ultimately, isn’t getting the thing down the whole point?

A pantser’s guide to outlining

I’m a pantser by nature, and it’s not because I’m just so creative that my characters need to speak for themselves. I wish that were true.

It’s because I have a hard time deciding what a story should be about until I’ve started walking through it. When I try to craft the high points of a story first and then fill in the blanks, it feels forced. So I’ve always been against outlining, as a rule.

Then I listened to Joanna Penn’s interview with K.M. Weiland. Weiland talked about outlining in a way that made me sit up and pay attention.

The way she describes it, outlines aren’t restrictive at all—quite the opposite. They’re a playground, a place to let your imagination run wild without worrying over dialogue or word choice.

The outline will very likely change as I go, but I had a heck of a lot of fun sitting down with different colored pens and sketching out the highlights of my book.

A word on craft

A wise teacher once told me that reading, studying craft, and writing are the only three ways to improve as a writer. Since I’m already reading and writing, here’s where I’m getting my daily dose of craft this month:

There are also fantastic pieces on craft in the Draft2Digital blog, including a recent four-post series on characterization. Best-selling authors are sharing their wisdom for free here, so don’t miss it!

Whether you’re starting from true zero or already have published work with your name on the cover, there’s always something to learn. Post on social media using #ZerotoIndieAuthor or comment below and tell us about your outlining and writing habits.