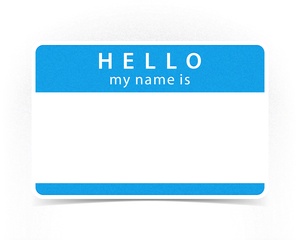 Never judge a book by its cover, or so the saying goes. Except we all do it all the time! And, as commercial authors, we actually want people to judge our books by the cover. That’s why we spend so much time and money on them (or ought to). But are there any guidelines to covers that will make them the most effective sales tool they can be?

As you may recall from the introduction to this series , I insisted that there are three basic sales tools for any book. They were:

To reiterate the rules of the three tools, one has to set the tone of the story, one has to tell the potential reader exactly what the story is about, and one is allowed to be clever. The title, we found out last week, does different duties depending on whether you’re a nonfiction or a fiction author. With nonfiction, the title mainly explains exactly what the reader will get. For fiction, the title is typically where the author gets to be clever, even if she’s simultaneously setting a tone or telling potential readers what they’re getting.

But what about the cover? Well, the good news is that, unlike the title, the cover is rarely where you want to get clever. The cover is almost always all about the tone.

You should, however, prepare yourself for the nigh-inevitable backlash from readers confused by your cleverness after they thought they were buying one kind of story and instead got a whole other kind. Because, you see, tone is one of those areas where readers can be pretty unforgiving.

Does each section seem a little samey? Absolutely. Is that artistically pleasing? Not necessarily. Does that matter? Absolutely not.

Because it’s the cover’s job to set the tone of your story, this is definitely one of those places where the commercial trumps the art. It’s more important for readers to know what they’re getting than for the purity of your artistic vision to survive. Because potential readers who have a firm grasp on what type of story they’re spending their money on are more likely to end up happy readers.

The Opposite of Clever

But while “keep it simple” is good advice when it comes to cover concept, it can be taken too far. There are two major pitfalls that authors often fall into when thinking about cover concepts. One comes from being too literal and the other from being too close to the project.

The pitfall of literalness catches an author trying to perfectly depict a very specific scene from her story. She requires that all the details look just right, exactly as they do in the narrative.

This level of specific detail serves the depiction of the scene incredibly well, but it rarely serves the cover. That specificity makes it difficult for a reader to tell at a glance the tone of the book. Just because the brass candlesticks are integral to the plot doesn’t mean that they’re doing a good job illustrating what kind of story they’re in.

This pitfall of literalness often stems from the second pitfall: being too close to the project. Instead of designing a visual that conveys the tone of the work at a glance to someone who knows nothing about the story (that is, a potential reader), our author might focus on a scene that she knows to be incredibly powerful, one that really captures all the relationship drama and complex themes of her work…in other words, a scene that only makes sense in the book itself after three hundred pages of carefully-constructed narrative arc.

But without that context – which the author is carrying around in her head already – that massively fraught dinner scene and its emotional punch becomes a bunch of people sitting around a table gripping their silverware too tightly. But, hey, Grandma’s candlesticks (the ones that everyone’s arguing about) sure look nice in a matte print, don’t they?

That’s the whole challenge. Covers have the critical responsibility of conveying your book’s tone accurately at a glance to a prospective reader who has absolutely no context. Easy, right?

Of course not. Tone is complicated, and that means designing a good cover will always be complicated. It’s not just the visual art, either. It’s also typography, layout, a hierarchy of design elements, and other things you haven’t even thought to think about. All working together to make sure that the whole thing conveys the right tone without devolving into a glorious mess. How do you do it?

Design and layout take study and practice. Only someone who has studied this process and has expertise honed with experience can assemble all the elements into a cohesive whole that does a cover’s job. So find someone who’s already qualified, or start studying today. At least now you know what it is you’re supposed to be learning!

If you don’t know a professional designer, ask your author friends, visit forums, Google around, or stop by our Partners page. Draft2Digital is invested in your book being the best it can be since we make money when you make money.

And that closes the book on covers. Come back next week, and we’ll talk about product descriptions and how they have to tell your potential reader exactly what they’re going to get…only more…and also less. See you then for an explanation!