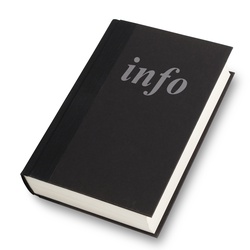 A title. Every book has one. It’s often the first thing that could grab a potential reader. But how do you know when you’ve found a good one? Should it be clever? Informative? Provocative? All of the above? And how should a self-published author best leverage the book’s title as an effective sales tool?

As you may recall from the last post, I insisted that there are only three basic sales tools available to any author on any given book. They were:

Now, obviously this neglects all manner of book marketing and platform building. But that’s why I stress that these are the most basic and, therefore, universal.

You may also recall that I said of these three tools, one has to set the tone of the story, one has to tell the potential reader exactly what the story is about, and one is allowed to be clever. So which one of these jobs does the title do?

The horrible truth is: It depends.

If ever there was an unironic use of the phrase “exactly what it says on the tin,” nonfiction titles are it. And yet, can you see the suggestions of authors or publishers trying to inject a little cleverness, even here?

For instance, we’re not going to just hear about Tesla, but probably his (or the author’s) views on imagination. A history of the world in terms of something as utterly common as salt is provocative. There’s even a pun in pilots answering a “higher call.” And I have no idea what the boys in the boat means, but doesn’t it make you want to read the product description at least long enough to find out?

This is shades of what fiction titles typically do. So let’s talk about the fictional end of the pool a bit.

Usually, but not always, the titles of fiction stories are where you get to be clever. You’re already thinking about the titles of your books and nodding slyly to yourself about how clever they are. But let’s talk about the whole concept of cleverness for a second.

First, recognize that you aren’t required to be clever. If you refer back to the intro, you’ll see that I said one of your tools can be clever, not must be. If you don’t feel like you can manage something witty, then don’t bother.

Second, though, is don’t conflate clever with complicated. Clever can be dead simple. One of my favorite examples of this is Fight Club. That title almost becomes a straightforward explanation to the potential reader what most of the book is about. But its cleverness is in suggesting much without telling everything.

That’s simple, but clever. And it’s the kind of title that will catch the eye of a potential reader and draw them in. Which is what a sales tool should be all about.

If you have any comments, questions, suggestions, or disagreements, please leave them in the comments. And we’ll see you back here next week to talk a little bit about covers.