Are You a Plotter or a Pantser? 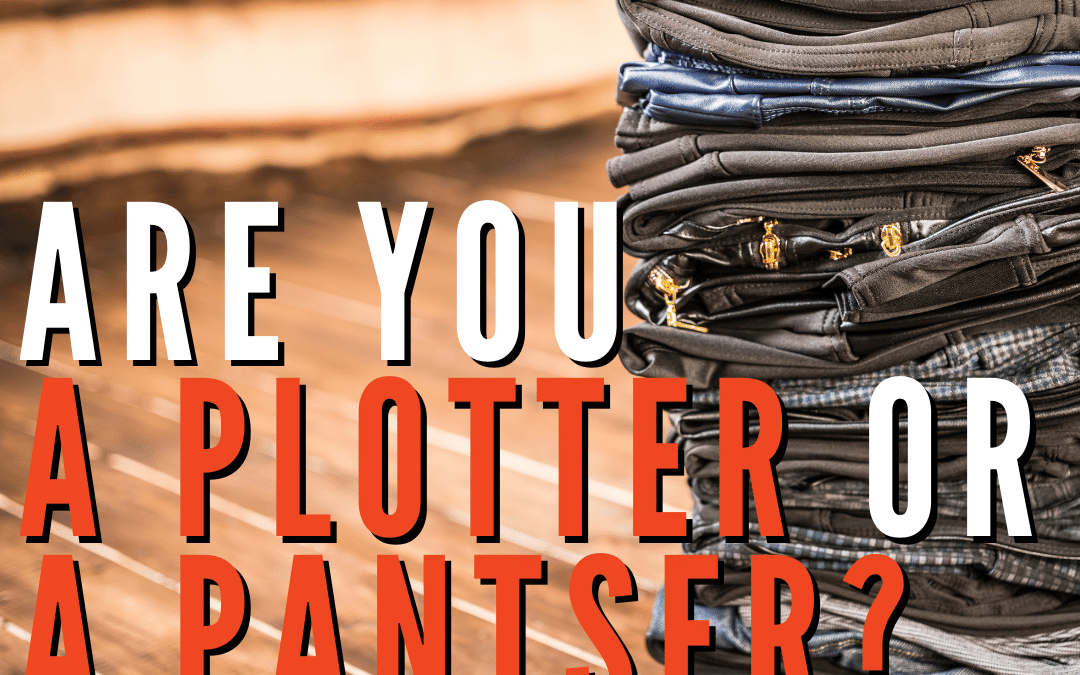 This question comes up a lot in indie author circles. While only you can decide which camp works for you—or even if it’s useful to put yourself in a box like that—answering the question can teach writers a lot about form and craft.

Let’s begin with some quick definitions.

A Plotter is someone who outlines their work in advance. Whether they’re writing a short story or the Great American Novel, they create an outline, design character arcs, and pre-determine the critical beats of a story before putting pen to paper.

A Pantser, on the other hand, flies by the seat of their pants—hence the name. They let their characters determine the outcome of a story, and it’s often one the author themselves wouldn’t have expected.

We’d also argue that there’s a middle ground—a Plantser, maybe? That’s the writer who does some planning ahead, but doesn’t worry too much about sticking to the outline when they sit down to write.

Whether you’re a plotter, a pantser, or somewhere in between, this post will catch you up on benefits, drawbacks, and pro tips for the two main writing styles.

There are lots of techniques out there for plotting, but here are a few to help you get started.

Make sure to fill plot holes and feel out the pacing of your story at this point. Putting in the time now will save you tons of rework down the line. (Ask us how we know.)

The pros and cons of plotting

The plotting approach has a lot of curb appeal for the Type A among us—those who love a color-coded chart and spend lots of time front-loading work in the planning stage.

Plotters might spend hours worldbuilding, dreaming up characters, and charting plot progressions. But that time is well-spent because it saves them significant rework during the writing phase.

It also makes plotters less prone to writer’s block, because they generally know what will happen next. All that planning can keep the momentum going on the days when writing feels more like a slog than a pleasure.

In general, plotters tend to write more efficiently because there’s less rewriting involved. They’ve mapped out their story in advance, which means they know ahead of time what needs to be written and what doesn’t. Pantsers, by contrast, tend to meander a bit before they find their core story. This process can mean a significant amount of rewriting when they finally hit upon the core of what they want to write.

Just sit down and start writing! It helps to start with at least the germ of an idea, but even freewriting without any structure can eventually lead to a fully-formed novel. That said, here are some tips we’ve picked up from some of our favorite pantsers that can help you get started.

The pros and cons of pantsing

Being a pantser means something different to everyone. In general, though, it means writing without a roadmap and giving your characters the freedom to dictate where a story will lead.

Pantsers don’t spend much (or any) time planning out story structure—they just write.

Pantsing can be a great way to get into an idea because you aren’t bogged down wondering whether your story conforms to a traditional narrative arc, or whether there’s enough action for readers to stay interested. You can just start writing and see where things go, and there’s a lot to be said for that.

That said, many pantsers do have some highlights in mind ahead of time. They may not know exactly what will happen, but most have a pretty good idea of how the story begins and ends. Even if that ending is subject to change.

So tell us—what’s your preferred writing style? Are you a plotter, a pantser, or somewhere in between?