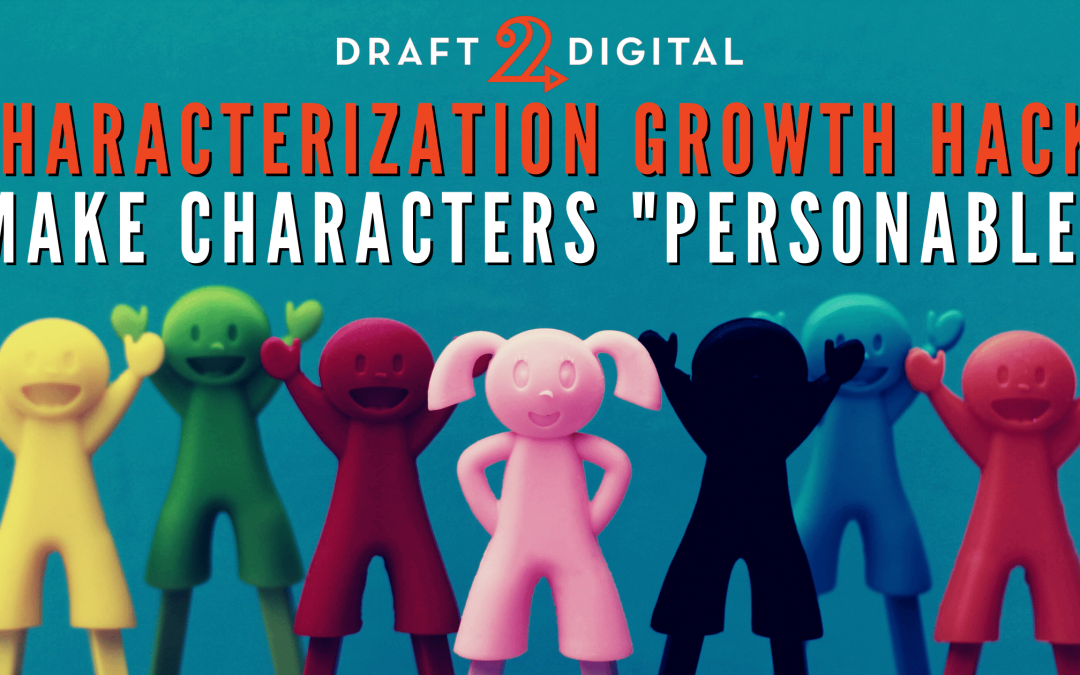 Building a character that captures the reader’s attention comes down to something I’ve learned from (of all things) marketing: Make the character personable.

From a strictly dictionary definition, personable means having a pleasant appearance and manner (definition from Oxford Languages). But from a more marketing perspective being personable means being relatable to your readers (customers, users, whatever tag applies to your market). It also means adopting and adapting a persona that the reader can slip into, to feel from the inside.

Characters in novels—either protagonist or antagonist, even sidekicks and supporting characters—won’t always be someone the reader necessarily likes. Even the hero of a story is sometimes someone we don’t care for much. Consider Holden Caulfeild in Catcher in the Rye, or Coriolanus Snow in The Ballad of Songbirds and Snakes. These are not necessarily likable people. They’re what’s often referred to as an anti-hero. They’re the principle character in a story, the character that moves the action forward, and the character we may, even against our better judgment, want to win. But we don’t really like them much.

And yet, even as unlikeable characters, they’re still personable. When we read Songbirds and Snakes, we relate to Coriolanus Snow. We even know the dude is going to turn out to be evil (sorry… spoilers, if you haven’t read Hunger Games), but we still find ourselves swept up in his story, secretly hoping he’ll prove us wrong, rewrite history, do the right thing.

The key to making a character like this personable is to present him or her with the same sort of choices we ourselves might face, over and over, and make them make the right choice (i.e. the choice we would make) most of the time. In fact, the more often these characters make the sort of choices we would make, the more poignant it is when they make a choice we would not make. We get a very strong “there but for the grace of God go I” kind of vibe.

One way to manage this is to work in some more mundane, daily life details into your story alongside the plot points and life-changing and adventure-prompting decisions. In Songbirds and Snakes, for example, Snow is struggling to hide the fact that he and his family are broke, they’re half starving, and they’re on the verge of losing their home and everything they own. Most of us, at one point or another, can relate to that kind of thing. We know what it’s like to have too much month at the end of our money, and we know what it’s like to be embarrassed at the thought that someone might discover our shortcomings. We might find ourselves doing much of what Snow does in the book, pretending that we’re wearing vintage clothes as a way to honor our parents, or pacing ourselves at a buffet so we won’t reveal that we’re starving.

Because we share some of these mundane choices with the protagonist, we start to feel like we’re on their page. We feel like what they want and what we want is essentially the same—namely food, shelter, safety and security, and a role in the community.

Those are the basic needs of human beings everywhere, through all time, in every culture. And they’re the foundation of making a character personable.

You may have heard of Maslow’s Hierarchy of Needs, you may be familiar with this concept. We—every one of us—have stages and sets of needs that must be met, for our continued well-being. These include physiological, emotional, and spiritual needs. It’s quite a list, and if you go through it you will come to understand characterization a little better.

The short version is this: Make your characters personable and relatable by showing how they share the same needs as the reader.

The interesting and fun part about making characters personable and relatable is that it gives you an easy button when it’s time to create drama and anxiety in the reader.

A key pivot point for any story is upsetting expectations. And nothing upsets expectations better than showing readers a character they relate to, and then having them do something the reader would never do.

Your character will need reasonable and justifiable (to them, at least) reasons for doing the things they do. But there’s a whole lot of wiggle room in there to craft a fun story. Upsetting the reader’s expectations will glue them to that character, and make them want to keep reading, keeping following, if only out of the hope that the character will take a turn, make a choice, make things right.

When it comes to characterization, there are a lot of nuances you can put to work. There are entire books, even entire schools of thought that were produced around concepts like “what makes humans do what humans do?” Studying humans can be a full-time job.

But as a starting point, making your characters personable will give you some advantages as you craft the drama and trials and struggles they face. Put your readers in that character’s shoes, then make that character run blindly through the forest, dive over the cliff’s edge, climb the mountain, or even kick the dog. Once your reader has some measure of self-identification with that character, the rest becomes plot.