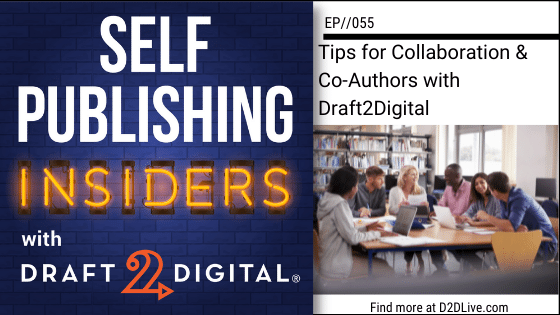 One of the most amazing things about the self-publishing community is how authors come together, producing books as co-authors or building box sets or anthologies or collections. This is a group that likes to work together! And we’ve Draft2Digital has built a few things that help authors do that, making collaboration easier. In this episode of Self Publishing Insiders, we’re taking a deep dive into ways we can all work together.

We love helping authors come together, especially if it means crafting more books! In this episode of Self Publishing Insiders, the D2D team are offering their tips for collaborating and co-authoring, from box sets to anthologies to short story collections.